The petroDIP.com team is led by Antoine Darque and Craig Costello, who between them bring a wealth of industry, technical and financial advisory experience with a global network. They take a long-term approach to commercial relationships and have experience on both the buy and sell-sides for asset transactions. Feel free to connect with them on LinkedIn or message them to arrange an initial conversation. 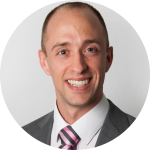 Antoine is a corporate advisor and consultant and has worked in the upstream oil and gas industry since 2009. Prior to establishing petroDIP.com, he was an Associate Director at PCF Capital where he advised resource companies on asset divestments and joint venture partner searches. Antoine led several multi-million dollar project divestment processes, from initial pitch right through to negotiating sale agreements.

Prior to corporate advisory, Antoine worked as a facilities engineer on various upstream oil and gas projects in the United Kingdom, West Africa and Australia. His experience goes across the project life cycle from evaluating field development options to providing operating facility support.

Craig is an executive with nearly 20 years of upstream operations experience primarily with Apache Corporation in Australia, the North Sea and the Gulf of Mexico. As a Petroleum Engineer who has developed and operated oil and gas assets around the world, he understands the value proposition associated with hydrocarbon resources via fit for purpose development, OPEX optimisation and asset life extension programs.

Craig regularly provides buy-side advice to operators (technical and strategic) through his ResToEx consultancy. Craig’s core technical specialities cover production operations and drilling & completions, as well as decommissioning, production and reserves estimations. He has been involved in drilling and/or completing over 300 offshore oil and gas wells during his career. Craig was significantly involved in the turnaround in production and efficiency in the North Sea Forties Field under Apache.

Combining his buy-side advisory experience with his understanding of petroleum asset development and operation, Craig has the ability to assist you to effectively highlight your project’s exploration and development potential as well as upside possibilities.

Craig holds an MBA, BEng and BCom from The University of Western Australia.